What if public schools fail?

What if public schools fail?

Both of my parents are 80 this year and both are retired public schools educators. Mom was reading a news article this week about the state of public schools in North Carolina. She was shocked and appalled. As I was bringing her up to speed on several things far from her imagination since her retirement, she recalled something one of her former principal’s (Bob Clendenin) had said. “If public schools fail, so will middle class.”

As we see a shift in politics in moving towards the privatization of schools through vouchers and expansion of charters, public school employees seem to be the few who understand the big picture and long-term effects of this transformation in education. The unintended and unexpected consequences of this considerable permutation will not only change the face of public education, but will also substantially change the face of the haves and have nots.

House Bill 610 gives public money for private education and cuts funding for crucial programs in public schools. And as if that wasn’t enough, there’s an added little bonus at the end that lowers criteria for school nutrition requirements.

Note: “Hunger due to insufficient food intake is associated with lower grades, higher rates of absenteeism, repeating a grade, and an inability to focus among students,” the Centers for Disease Control and Prevention said in a report on health and academic achievement, which also noted that inadequate consumption of certain foods and nutrients has been associated with similar results. “According to the American Psychological Association, hungry children are ‘significantly more likely to receive special education services, to have repeated a grade in school and to have received mental health counseling than at-risk-for-hunger or not-hungry children.’ The same study also found that hungry children were more likely than their not-hungry peers to have behavioral problems, including fighting or not listening.”

“Voucher programs give parents public funds to spend on approved private schools for their kids. The idea is to give children in underperforming schools an escape route to a better education, while providing competition that hopefully will goad those poorer schools into improving themselves. Conservatives like the idea, which dates back to a 1955 essay by Milton Friedman, because it means reducing government’s role in education and subjecting schools to market discipline. Give parents a set sum to spend on any school that meets minimum standards, Friedman wrote, and “a wide variety of schools will spring up to meet the demand.””1

The problem is that private schools and some charters do not have to abide by the same regulations as public schools. For instance, private schools are not required to provide transportation or even meals to their students. Let’s think about this for a minute. If I am a single mom without transportation how will I get my child to school if I want to use the voucher program? What if my child needs lunch and I am relying on the school’s free and reduced lunch to help feed my child possibly the only consistent mean they get all week? Hmmm, then I am going to have to opt for the public school.

If the public schools become home to those who are socio-economically disadvantaged what will happen to those schools test scores? Think about the correlation between test scores and poverty. Our public schools success rates will continue to decline. And the middle class as we know it will shift either to the voucher side if they can squeeze through or to the public school side if they cannot. What will happen is a divide. A divide that we worked hard to overcome with Brown vs the Board of Education. The Supreme Court announced its unanimous decision on May 17, 1954. It held that school segregation violated the Equal Protection and Due Process clauses of the Fourteenth Amendment. The following year the Court ordered desegregation “with all deliberate speed.”

Are we taking steps forward or are we moving back? 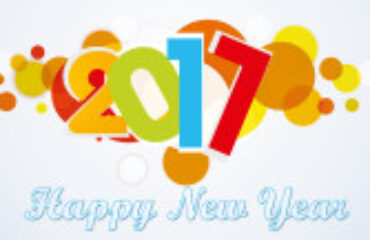