Some of our favorites… 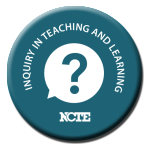 The standards-based reform movement in science education began with the publication Science for All Americans (AAAS, 1989). Much like Common Core the goal was to establish one science curriculum across the United States. Science standards describe the knowledge and skills necessary for the 21st Century student. Brian Greene, a physics professor describes science:

manner that’s precise, predictive and reliable-a transformation, for those lucky enough to be experience it, that is

empowering and emotional. To be able to think through and grasp explanations-for everything from why the sky is blue

experiment and observation, is one of the most precious of human experiences. (New York Times Op-Ed, June 2008)

The 5 E’s Learning Model can be used with students of all ages, including adults. Each of the 5 E’s describes a phase of learning, and each phase begins with the letter “E”: Engage, Explore, Explain, Elaborate, and Evaluate. The 5 E’s allows students and teachers to experience common activities, to use and build on prior knowledge and experience, to construct meaning, and to continually assess their understanding of a concept.

The 5 E learning cycle is a method of structuring a lesson that is based upon constructivist learning theory, research-based best practices in pedagogy, and cognitive psychology. It is a recursive cycle of distinctive cognitive stages of learning that include: engage, explore, explain, elaborate (extend), and evaluate. The lesson often takes several days or weeks to complete.

Although it has been widely used since it’s inception from the 70’s educators are seeing a return to this model in recent years. The Biological Science Curriculum Study (BSCS), a team led by Principal Investigator Roger Bybee, developed the instructional model for constructivism, called the “Five Es”. Other models have been adapted from this model including the 6E and 7E models. This learning model complements the lesson plan model US Digital Literacy recommends and we have used indicators on the component matrix below to help you see the connections.