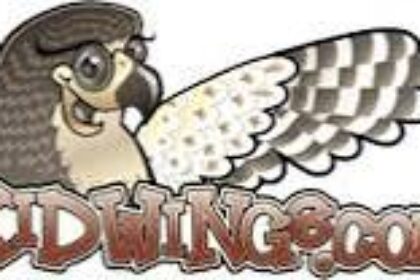 Kidwings is the creation of Jody Hildreth of Waterville, New York. Created as an outlet to inspire his young students, it clearly became a powerful medium of expression for Jody as he continued to develop his photography, poetry, and teaching tools. Jody is a contemporary naturalist in his appreciation for the creation and all that it encompasses. His heart for is not just for learning but in finding inspiration in nature and sharing it with others in a way that we want to go along for the adventure.

In 2002, Chris Anderson’ company Owl Brand Discovery Kits began partnering in ideas and concepts to magnify Jody’s hopes. Over the years and many conversations, a great friendship formed and with exception to the National League MLB team that Jody upholds, it’s the perfect match of inspiration and taking the next developmental step in reaching wide audiences, something Chris calls their “vast two winged conspiracy.”

In 2011, Owl Brand Discovery Kits acquired Kidwings from Jody with the hopes of updating some remarkable ideas, providing an outlet for Owl Brand’s Finding Funding Grant, and developing a world class conservation effort through ties with Idaho’s Wolf Education & Research Center and their education efforts.

Step one was recreating the website and introducing the compilation of Jody’s efforts in what we’re excited to call The 12 Nests of Knowledge About Birds. Leveraging the wealth of information at hand, students can literally follow the 12 module program and be highly informed and engaged at the end of the curriculum. Following this knowledge base is the 12 Dens of Learning About Wolves which follows the same format to bring students and their teachers into a highly informative educational relationship that works in the direction of becoming stewards of the environment.

It’s an exciting undertaking and one that falls squarely on the shoulders of Owl Brand’s team by leveraging our growing popularity and success toward healthy and inspiring outcomes.